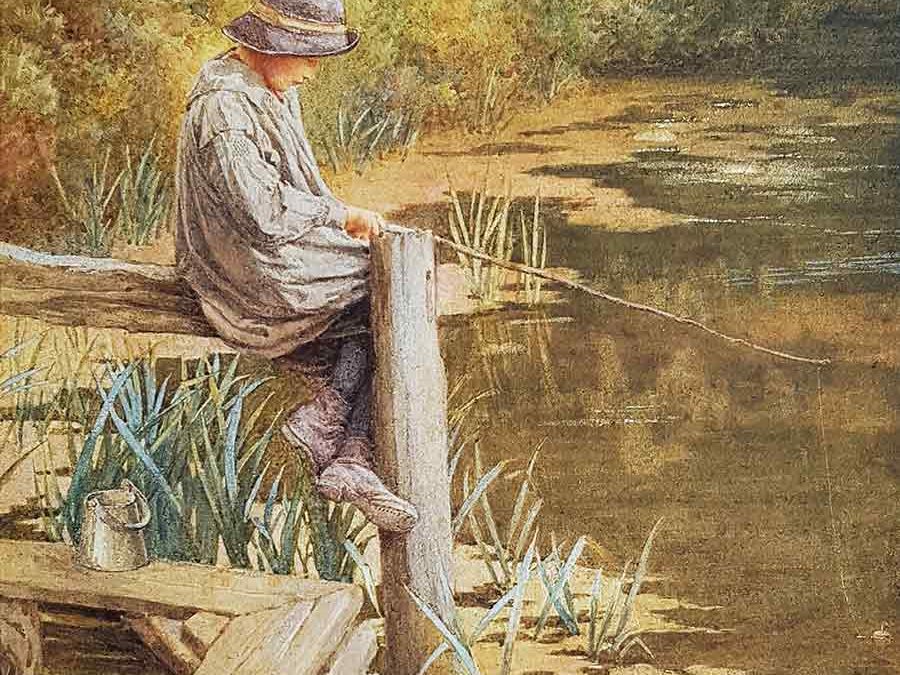 Charles Edward Wilson was one of several outstanding British watercolour artists who lived and worked in Surrey in the late 19th and early 20th centuries. His contemporaries included Myles Birket Foster, Helen Allingham and Carlton Alfred Smith, and it was with the latter that Wilson shared a cottage and studio at Godalming in the 1890s. Wilson, who was born at Whitwell in Nottinghamshire, trained at Sheffield School of Art and was twice a medal winner at South Kensington Museum (renamed The Victoria and Albert Museum in 1899). From 1891 he exhibited at the principal galleries, including The Royal Academy and The Royal Institute of Painters in Watercolours. His patrons included The Prince of Wales and he is represented today in The Victoria and Albert Museum. Wilson’s pictures remain highly collectable and celebrate the idyllic lives of country children who were still too young to be sent out to work. In the spring and summer they were free to play outside in the fresh air, enjoying the fields and wildflowers, before they reached an age when harsher aspects of rural life became a reality.