A Schooner off the Cornish Coast, 1912 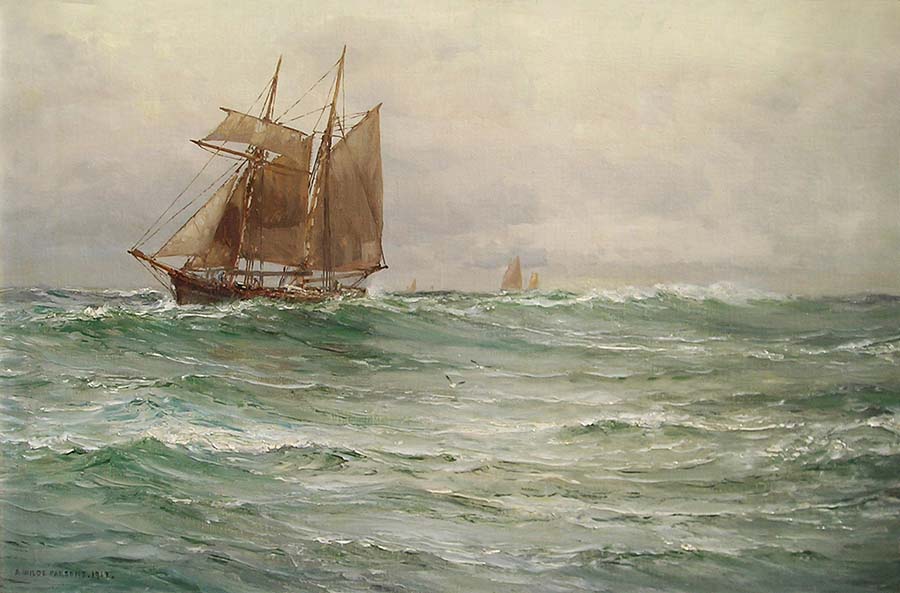 A Schooner off the Cornish Coast, 1912

Oil on canvas. Signed and dated.

Arthur Wilde Parsons specialised in marine, coastal and landscape paintings in oils and watercolours. Although he lived and worked in the Bristol area throughout his life, he spent many a long summer painting in Cornwall, where his brother George was the vicar of Crantock, near Newquay. This had a profound influence on his work. A highly talented painter of ships and the sea, Parsons mastered, with increasing ease, the moods of changing weather and the swell of rolling waves off the Atlantic and English Channel coasts. He first exhibited in London as a teenager and continued to exhibit regularly in the principal galleries in London and throughout Britain. Parsons became a co-founder of The Bristol Savages art society in 1904 and its President four years later.

19th and Early 20th Centuries | Art of Cornwall | Marine and Coastal | Oil | Parsons (Arthur Wilde) | Spring Exhibition
This website uses cookies to improve your experience. We'll assume you're ok with this, but you can opt-out if you wish. Cookie SettingsAcceptRead More
Manage consent