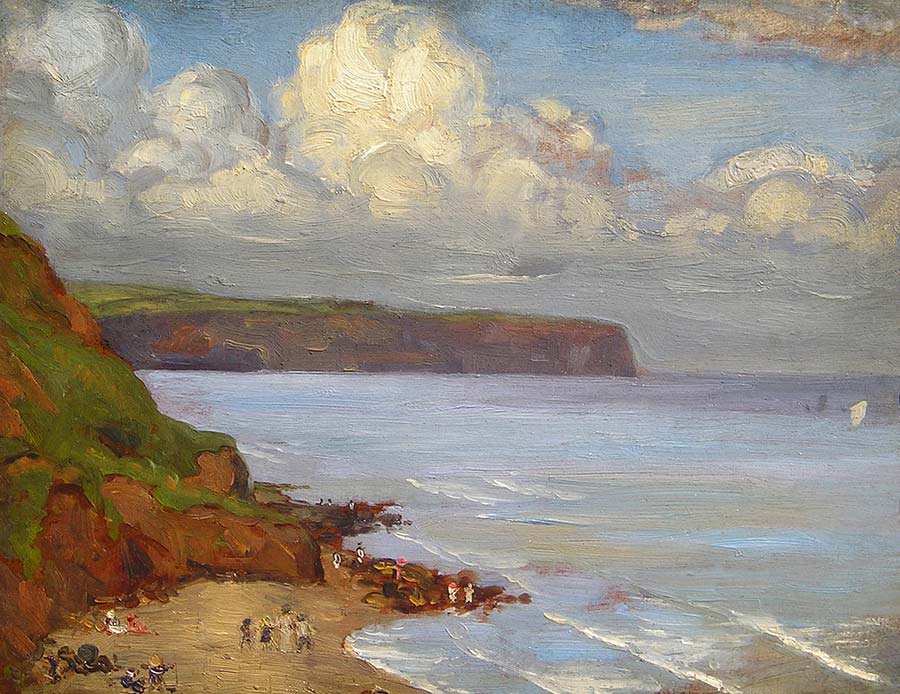 Garnet Ruskin Wolseley always regarded the time he spent at Newlyn as his halcyon years. He moved to the Cornish fishing village in 1908 and befriended Laura and Harold Knight, who lived along the coast at Lamorna. His work was influenced by Laura, in particular, both in its subject matter and impressionist technique. He started his formal art training under Herbert von Herkomer at Bushey in Hertfordshire and continued his studies at The Slade School, where he was a gold medal winner. Wolseley was a regular exhibitor at the principal galleries in London and throughout Britain, including The Royal Academy.

19th and Early 20th Centuries | Annual Sale | Art of Cornwall | Impressionist and European | Marine and Coastal | Oil | Wolseley (Garnet Ruskin)
This website uses cookies to improve your experience. We'll assume you're ok with this, but you can opt-out if you wish. Cookie SettingsAcceptRead More
Manage consent