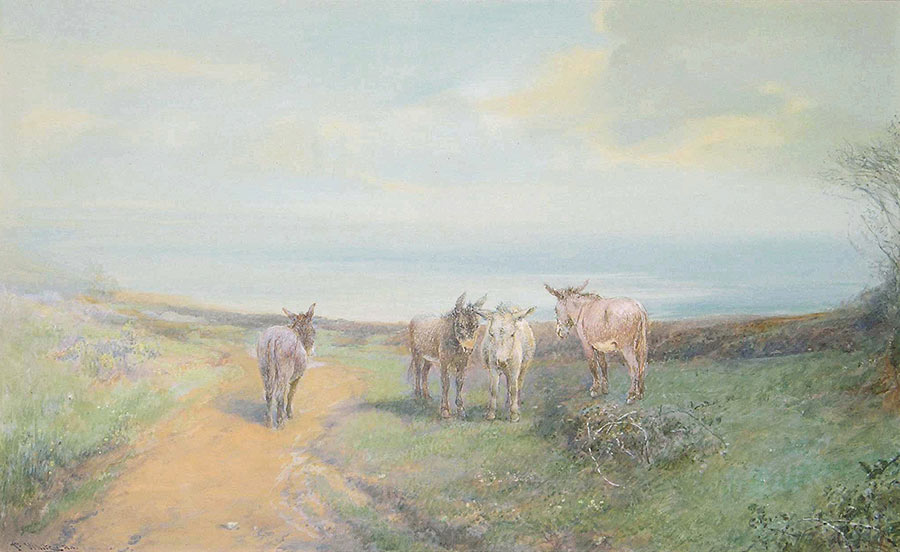 In the late 19th and early 20th centuries, the villagers of Branscombe depended on donkeys for their livelihood. The steep cliffs above the beach were south-facing and virtually frost-free. This enabled farmers to dig out and cultivate small, terraced plots, known locally as plats, where they could grow early crops of flowers, fruit and vegetables, including Branscombe potatoes. The soil was fertilised with seaweed. The nimble-footed donkeys transported this from the beach and were also relied on to carry the produce back to the village. Today, the plats have become mostly overgrown, and John White’s painting, showing the donkeys at rest on the coastal headland above Branscombe Bay, affords a unique glimpse into East Devon’s past.