By the Mill Stream 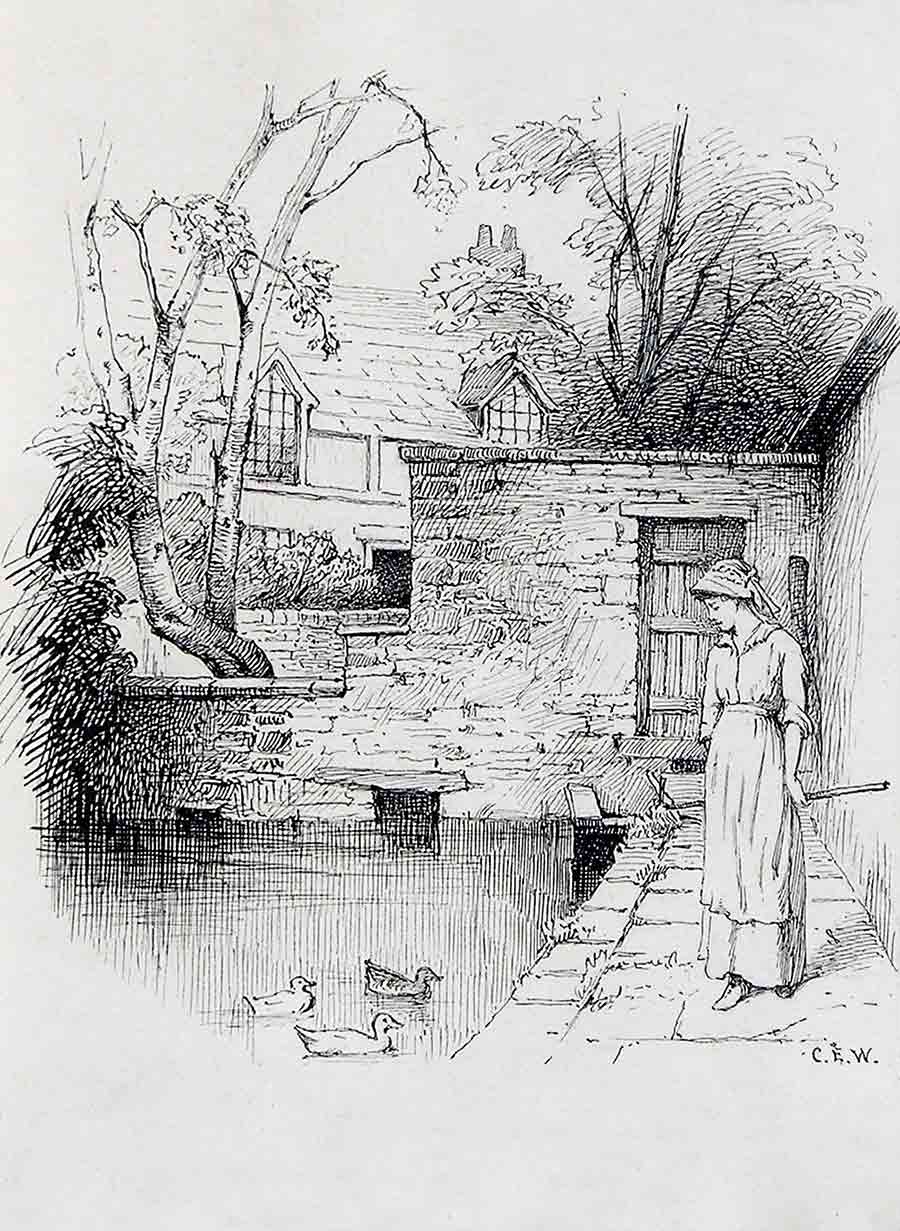 By the Mill Stream

Pen and ink. Signed with initials.

Charles Edward Wilson was one of several outstanding British watercolourists who lived in Surrey in the late 19th and early 20th centuries. A contemporary of Myles Birket Foster, Helen Allingham and Carlton Alfred Smith, he exhibited from 1891 at the principal galleries, including The Royal Academy and The Royal Institute of Painters in Watercolours. Wilson’s patrons included the Prince of Wales and he is represented today in The Victoria & Albert Museum. Wilson often made pen and ink studies, which he then used as references for his watercolours.

19th and Early 20th Centuries | Annual Sale | Other Media | Wilson (Charles Edward)
This website uses cookies to improve your experience. We'll assume you're ok with this, but you can opt-out if you wish. Cookie SettingsAcceptRead More
Manage consent