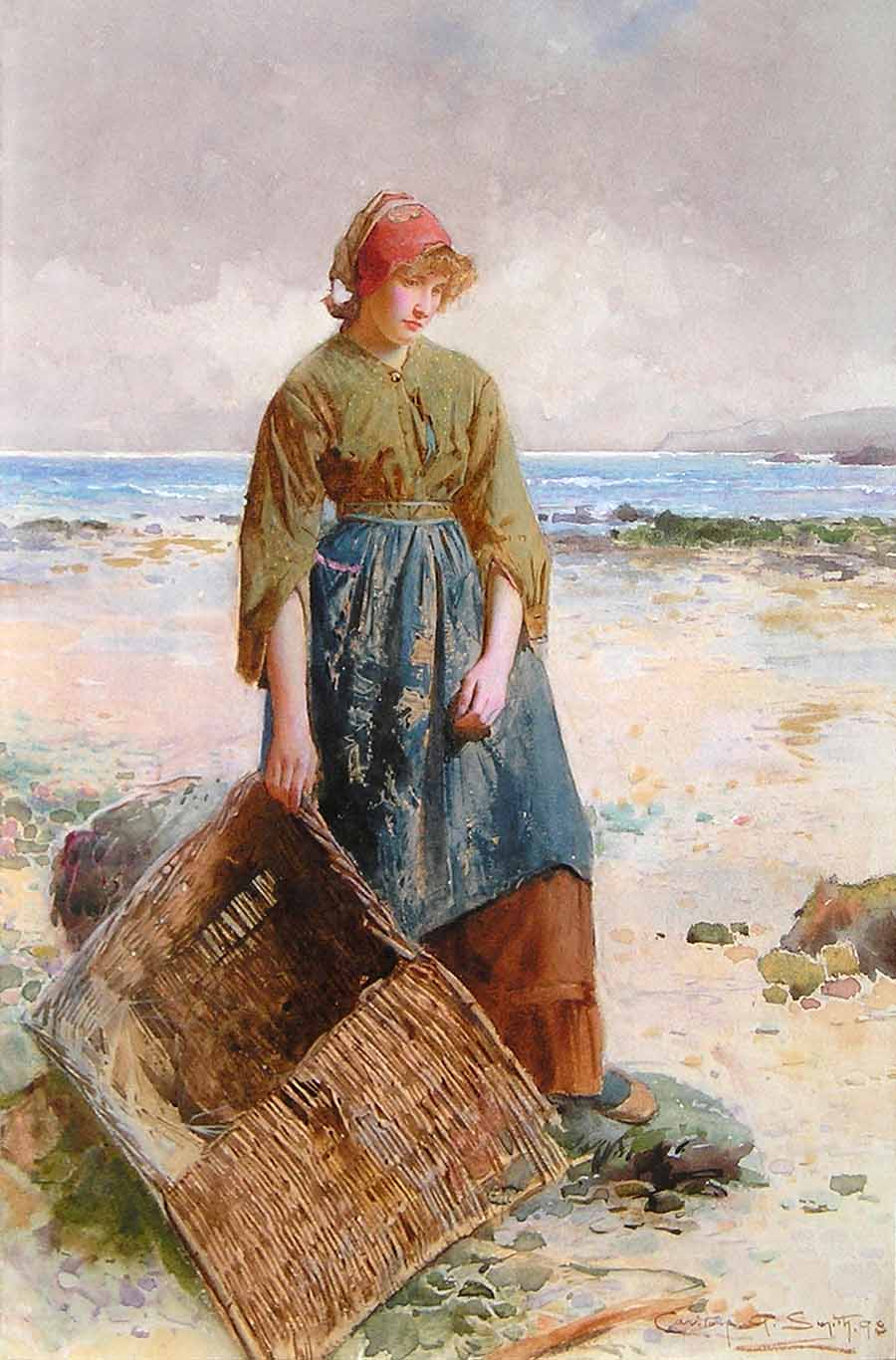 Born in London, Carlton Alfred Smith was educated in France before he returned to England to study at the Slade School, where he won gold and silver medals. He began his career as a lithographer before he became a full-time painter, specialising in genre scenes and portraits in watercolours and oils. His work is rich in detail, with everyday scenes capturing a moment back in time. Smith was one of several outstanding British watercolour artists who lived and worked in Surrey in the late 19th and early 20th centuries. His contemporaries included Myles Birket Foster, Helen Allingham and Charles Edward Wilson, with whom he shared a studio at Godalming in the 1890s. Smith first exhibited at The Royal Academy in 1879 and he continued to exhibit regularly at the principal galleries in London and throughout Britain. He was a member of The Royal Institute of Painters in Watercolours, The Royal Institute of Oil Painters and The Royal Society of British Artists.

19th and Early 20th Centuries | Marine and Coastal | Smith (Carlton Alfred) | Spring Exhibition | Watercolour / Bodycolour
This website uses cookies to improve your experience. We'll assume you're ok with this, but you can opt-out if you wish. Cookie SettingsAcceptRead More
Manage consent