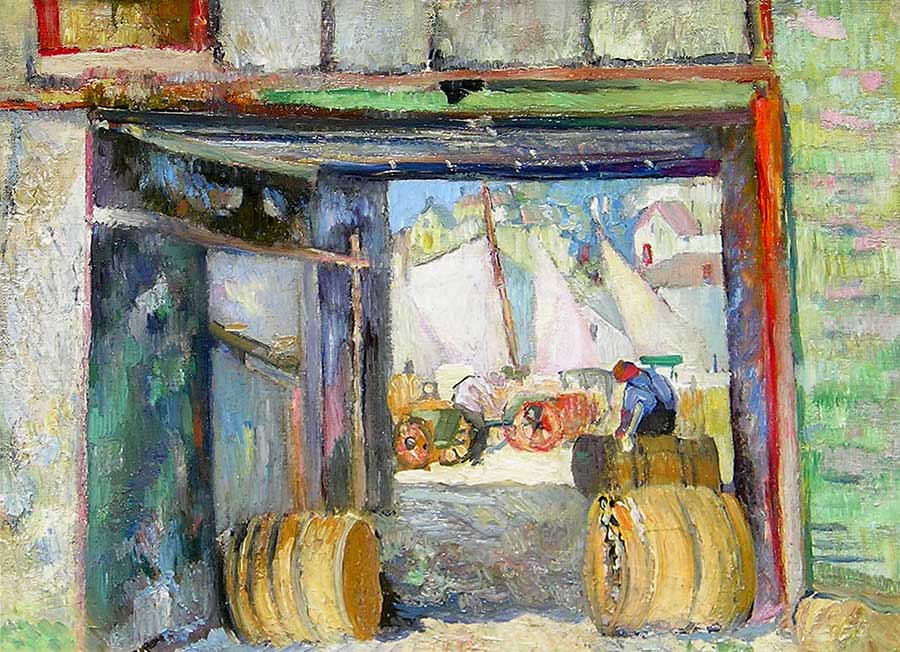 Richard Hayley Lever was one of the most important and innovative painters working in St. Ives in the first decade of the 20th Century. Cornwall was at the forefront of British art at this time and St. Ives, where Lever spent 15 years, was renowned worldwide as a centre for marine and landscape painting. Lever experimented in a variety of styles and was particularly inspired by Van Gogh’s use of bold colour and strong brushwork. From 1912, Lever made several visits to the United States and eventually emigrated there in 1914. His success in New York was instant and his scenes of St. Ives, which he continued to paint, proved hugely popular among American collectors.