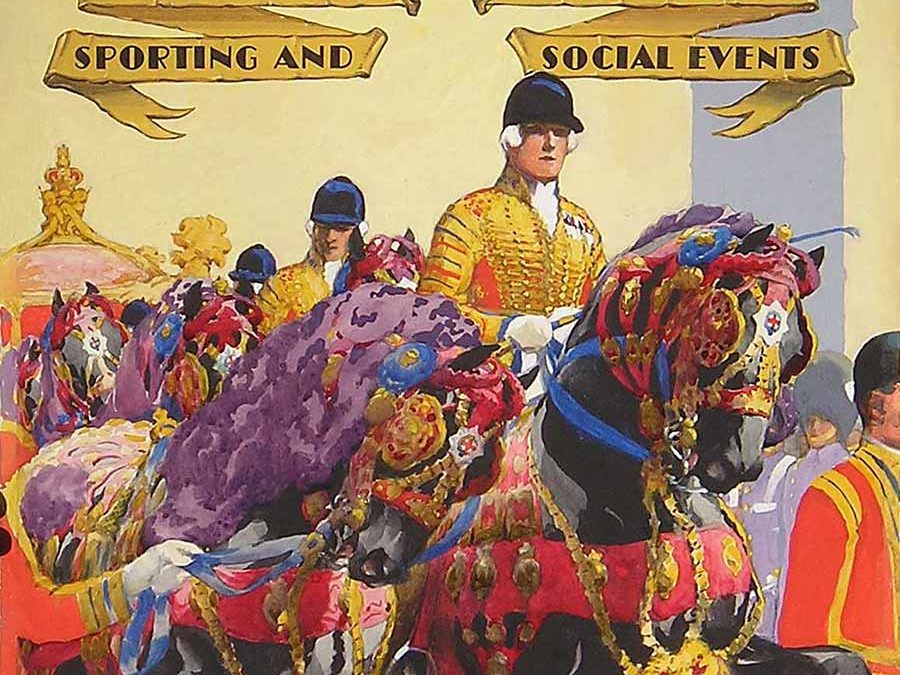 In the mid-20th Century, the railway companies commissioned many of Britain’s most talented artists to produce paintings of cities, seaside resorts and the countryside. These original works were then reproduced as posters for display on station platforms to encourage travel by train to enticing holiday destinations. The advertising posters are themselves highly collectable today, but the original artwork is seldom found. This rare example by Christopher Clark was commissioned by the London, Midland & Scottish Railway Company (LMS) and adapted as a poster to promote tourism to the capital. Clark was famous for his historical and military subjects and his paintings of London’s ceremonial occasions. This colourful original depicts the pageantry of the State Opening of Parliament in 1932. The royal coach, in procession, passes Big Ben and the Arms of the City of London adorn the elaborate livery worn by the horses.