Home from the Fields 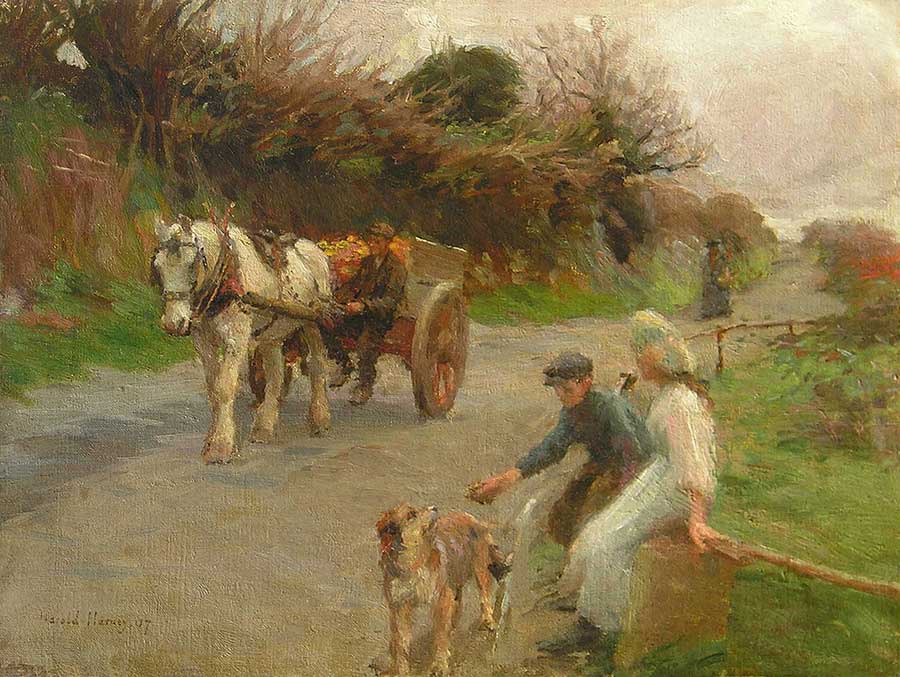 Home from the Fields

The only principal member of The Newlyn School to have been born in Cornwall, Harvey painted authentic scenes of Cornish rural and coastal life with an intimate knowledge of the area and its people. He was taught firstly by Norman Garstin and then studied in Paris at l’Académie Julian. Influenced by the French rural realism of Jules Bastien-Lepage, Harvey returned from Paris to record the day-to-day lives of the Cornish people. He liked to paint en plein air, in the fields and country lanes, by the harbours and on the beaches near his home. Harvey exhibited at the principal galleries throughout Britain, including 55 works at The Royal Academy. A modest, retiring person, he was popular among his fellow artists and is regarded today as one of the most important painters of The Newlyn School.

19th and Early 20th Centuries | Art of Cornwall | Harvey (Harold Charles Francis) | Oil
← Previous picture Next picture →
This website uses cookies to improve your experience. We'll assume you're ok with this, but you can opt-out if you wish. Cookie SettingsAcceptRead More
Manage consent