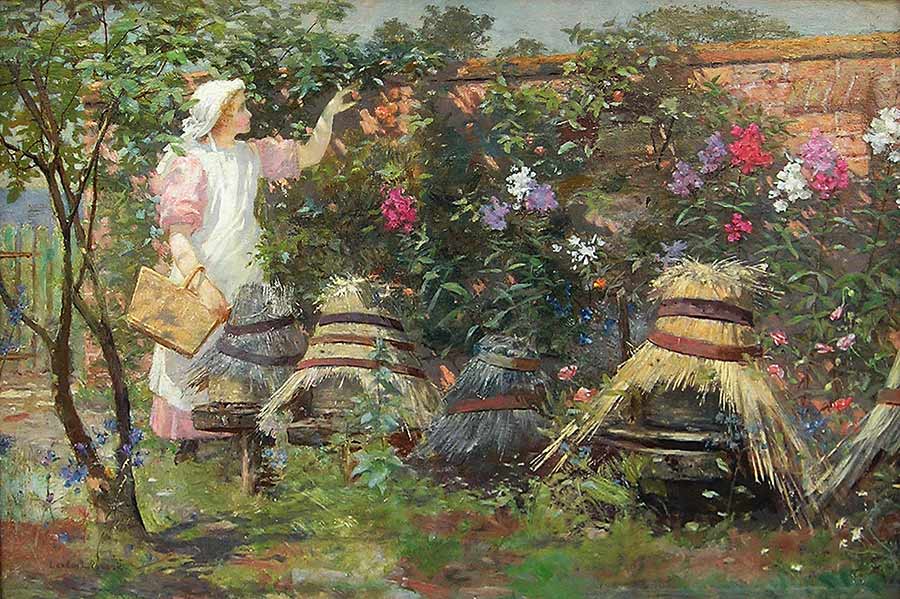 In an English Country Garden

This highly accomplished landscape and figure painter studied at the Slade School under Sir Edward Poynter and, from 1874, at The Royal Academy Schools. He spent two years in Rome, after which he joined the council of the newly founded Dudley Gallery. He exhibited at the principal galleries throughout Britain, including The Royal Academy, The Royal Institute of Oil Painters and The Royal Institute of Painters in Watercolours. There are examples of his work in the collection of The Victoria & Albert Museum.