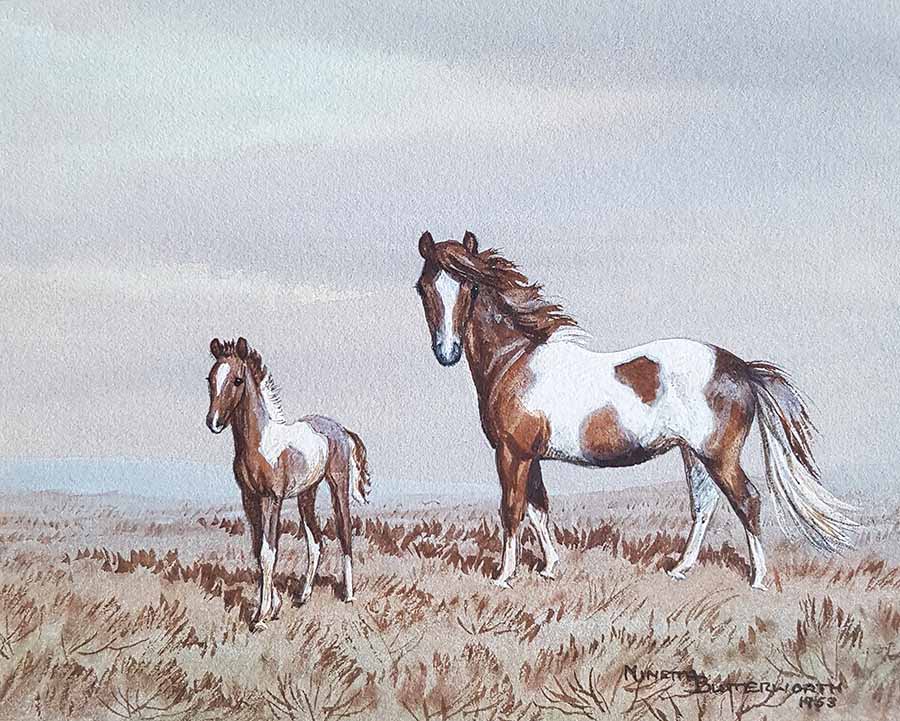 A self-taught artist, Ninetta Butterworth was born in Jersey and educated at Jersey College for Girls. She developed an early interest in horses, a subject that would dominate her artistic career, and worked as a stable groom, initially on leaving school and again when she moved to Devon. In the early 1950s, she began to paint animal portraits and equestrian subjects, which soon became popular. She later became interested in carriage driving scenes and pictures of the Lipizzaners at the Spanish Riding School in Vienna. Ninetta Butterworth was a member of The Society of Equestrian Artists.

19th and Early 20th Centuries | Butterworth (Ninetta) | Devon and Dartmoor | Spring Exhibition | Watercolour / Bodycolour
This website uses cookies to improve your experience. We'll assume you're ok with this, but you can opt-out if you wish. Cookie SettingsAcceptRead More
Manage consent