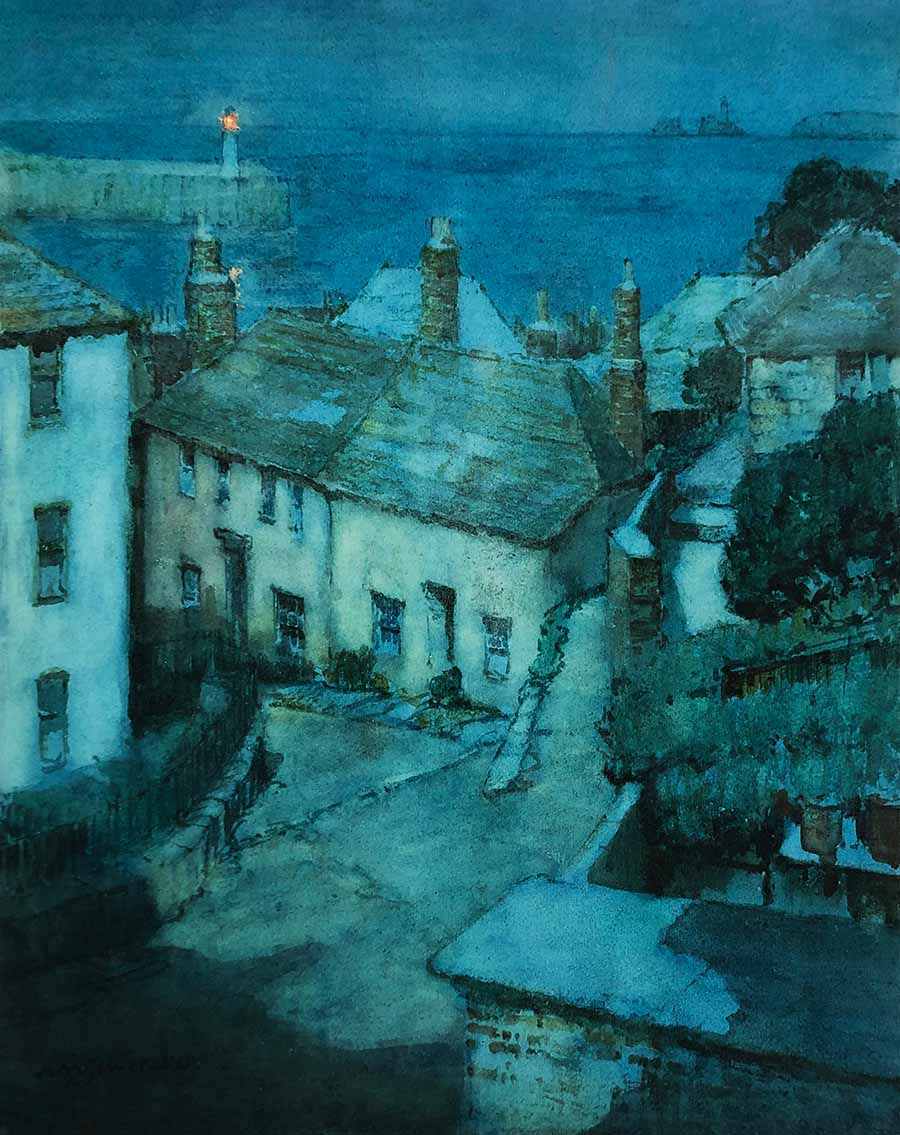 This highly accomplished watercolourist was educated at Exeter Cathedral School and Christ’s College, Cambridge. He graduated in Applied Science and initially qualified as a milling engineer before choosing to become a professional artist in his mid-twenties. He exhibited regularly at the principal galleries, including The Royal Academy and The Royal Institute of Painters in Watercolours, and was elected to The Royal Society of British Artists in 1902, the year in which he moved to Lelant, near St. Ives in Cornwall. Foweraker travelled extensively and produced many paintings from visits to Spain, France and North Africa alongside rural and coastal scenes in Devon and Cornwall. In the 1920s he moved to Dorset, settling in the attractive seaside town of Swanage, where he lived and continued to paint until his death in 1942.

19th and Early 20th Centuries | Art of Cornwall | Foweraker (Albert Moulton) | Marine and Coastal | Watercolour / Bodycolour | Winter Exhibition
This website uses cookies to improve your experience. We'll assume you're ok with this, but you can opt-out if you wish. Cookie SettingsAcceptRead More
Manage consent