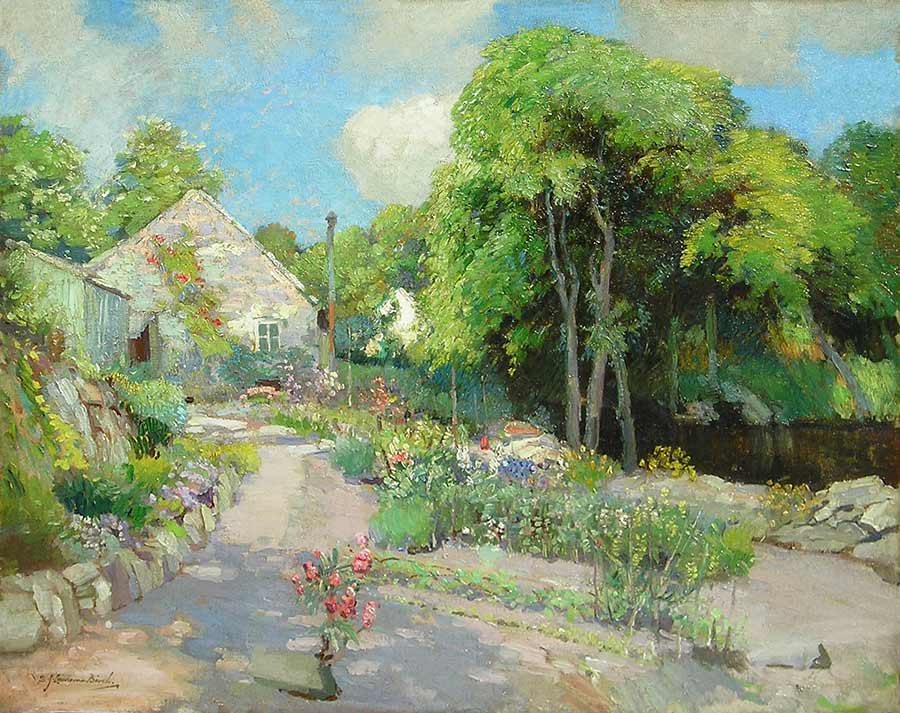 The subject is Birch’s own studio, with its colourful garden in full bloom, set beside the stream which flows through the Lamorna woods, down to the rocky cove and the sea. Birch moved to Lamorna in 1892, the year before he made his debut at The Royal Academy. As a painter of pure landscape and seascape, he loved the freshness and spontaneity of working en plein air. Although greatly influenced by the French Impressionists, he developed a distinctive style of his own. His handling of colour and his treatment of water and reflected light are instantly recognisable.

19th and Early 20th Centuries | Annual Sale | Art of Cornwall | Birch (Samuel John Lamorna) | Oil
This website uses cookies to improve your experience. We'll assume you're ok with this, but you can opt-out if you wish. Cookie SettingsAcceptRead More
Manage consent