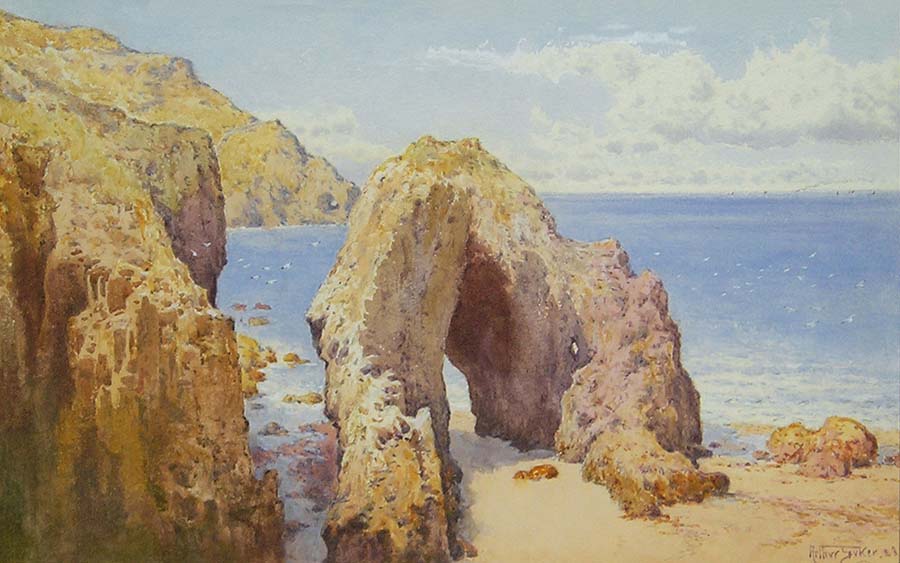 A painter of landscapes and coastal scenes in oil and watercolour, Arthur Suker was born into a family of artists at Birkenhead, Wirral Peninsula. His father and brother were both painters and Arthur studied at Birkenhead School of Art. After his marriage in 1881, he and his wife, Emily, lived in Chester and Liverpool before moving to Surrey and eventually settling in the South West of England. By 1891, they were living near St Just in Penwith in West Cornwall. The Cornish coast inspired much of Suker’s work and, in 1886, he exhibited By the Western Sea at The Royal Academy. The couple moved to Devon in the mid-1890s, living initially at Teignmouth and then Brixham. Suker also painted in Wales, The Lake District, The Channel Islands and The Isle of Man and exhibited in London at The Royal Institute of Painters in Watercolours and in Birmingham, Liverpool and Manchester.

19th and Early 20th Centuries | Art of Cornwall | Marine and Coastal | Suker (Arthur) | Watercolour / Bodycolour | Winter Exhibition
This website uses cookies to improve your experience. We'll assume you're ok with this, but you can opt-out if you wish. Cookie SettingsAcceptRead More
Manage consent