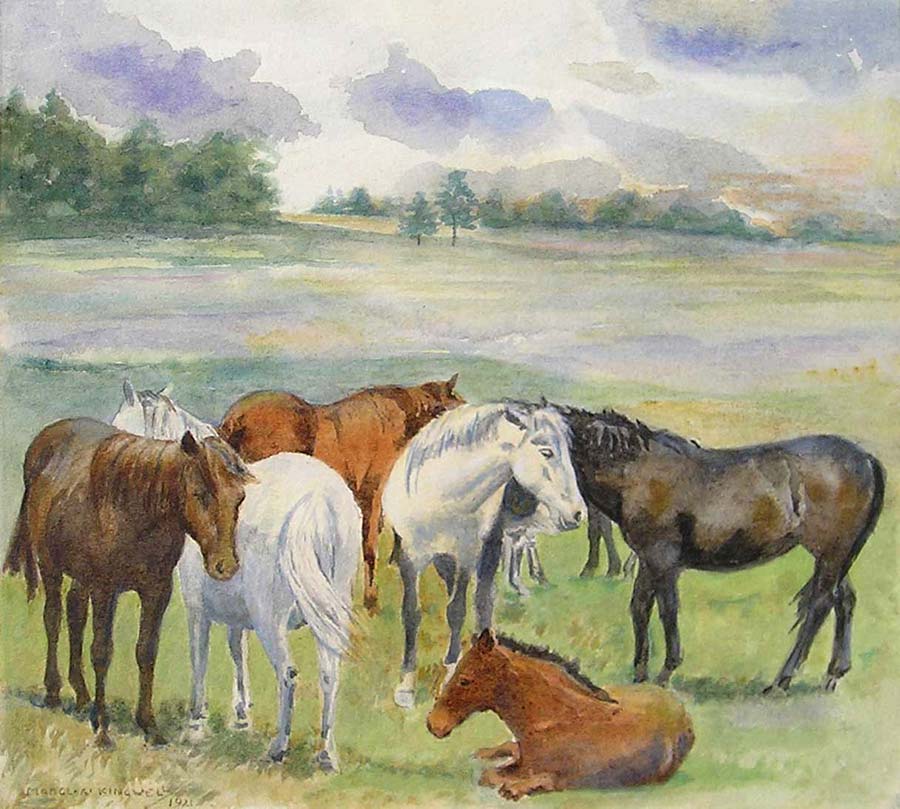 Mabel Kingwell was born at Totnes in South Devon and lived in the nearby village of North Huish and later in Plymouth. A successful and popular artist, she specialised in watercolours of animals, particularly on Dartmoor and Exmoor. She exhibited at The Royal Academy in 1914 and also at The Walker Art Gallery in Liverpool. She died in May, 1924 at the young age of 33 and her paintings are comparatively rare and increasingly sought-after.

19th and Early 20th Centuries | Annual Sale | Devon and Dartmoor | Kingwell (Mabel Amber)
This website uses cookies to improve your experience. We'll assume you're ok with this, but you can opt-out if you wish. Cookie SettingsAcceptRead More
Manage consent