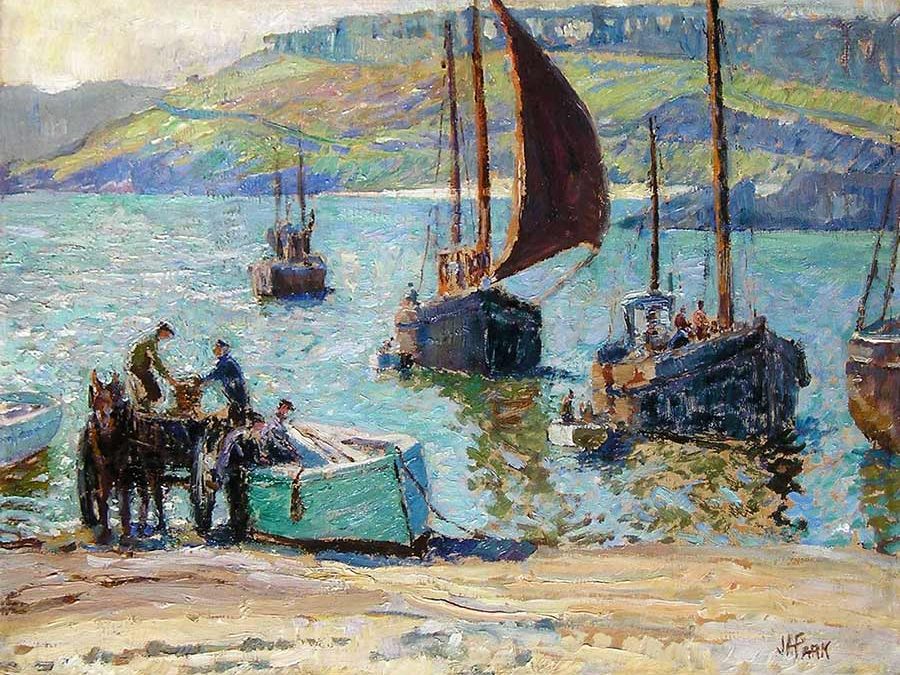 Park arrived in St. Ives at the age of 19 and was taught by the impressionist seascape painter, Julius Olsson, who, with Louis Monro Grier, ran an art school in his studio overlooking Porthmeor Beach. Olsson encouraged his young pupil to broaden his horizons by enrolling at l’Atelier Colarossi in Paris to study with Delacluse. On his return to St. Ives, Park produced sparkling paintings of the town, its busy harbour and surrounding countryside, winning considerable acclaim. He excelled at depicting the colourful hulls of the working boats, the perpetual movement of the waves and the constantly changing effects of light on the water. Park was a regular exhibitor at the principal galleries, including The Royal Academy, where he displayed 72 works.