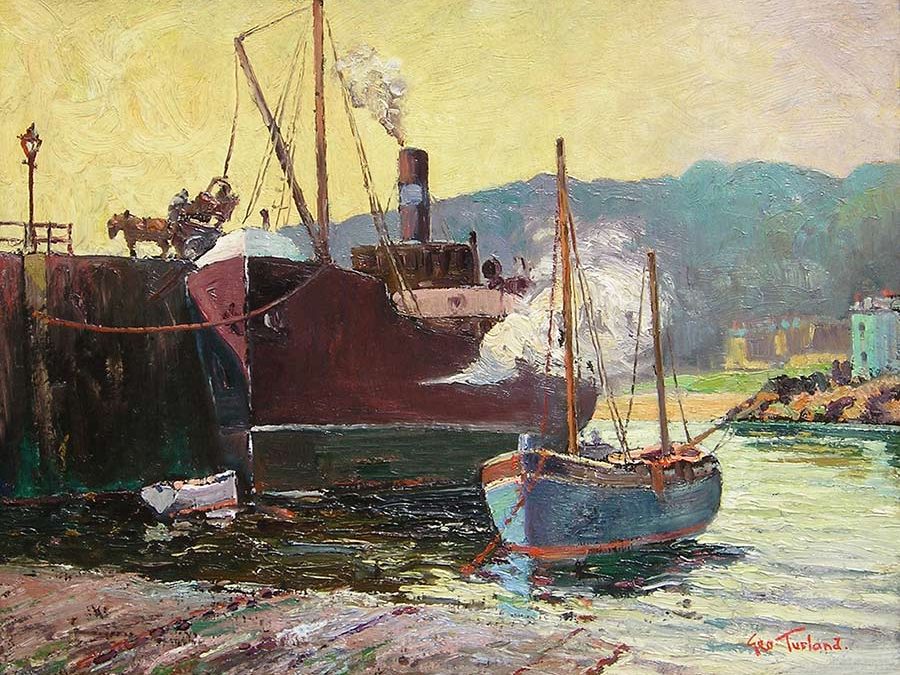 The artist was born in Northampton, the son of Nathaniel Turland, and by the time he arrived at St. Ives in Cornwall in 1921 he had adopted the surname Turland Goosey. Having trained as an architect, he had previously worked in America, making a name for himself as the designer of several churches and some of the early skyscrapers. He was also an accomplished etcher and won first prize in the annual New York exhibition in 1914. Turland Goosey came to St. Ives to develop his painting, and his impressionistic depictions of boats in the harbour won him many admirers. He took an active part in the social and artistic life of the town and became a member of The St. Ives Society of Artists in 1928. It was about this time that he reverted to the name George Turland. In the late 1930s he returned to America, where he settled in California. He continued painting and became a member of The Laguna Beach Art Association.