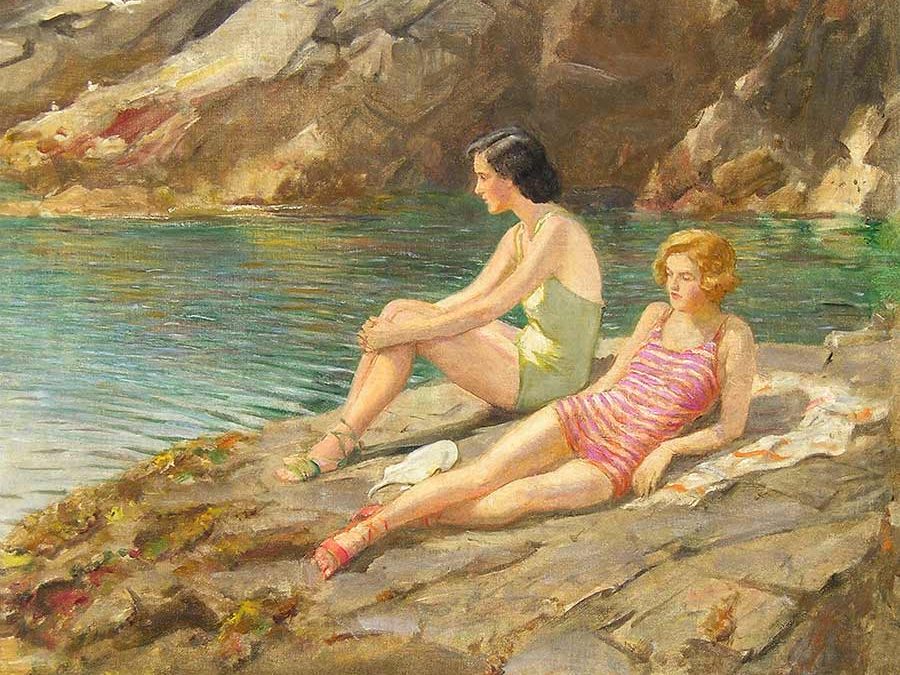 Wheelwright was born in Queensland, Australia, and moved to England with his parents during the 1880s. He studied at St. John’s Wood Art School and, in 1891, enrolled at Sir Hubert von Herkomer’s art academy at Bushey in Hertfordshire, where he later became Lucy Kemp-Welch’s assistant. Wheelwright painted coastal views and scenes of traditional country life and was highly successful, exhibiting at the principal galleries, including 41 works at The Royal Academy. He was elected to The Royal Society of British Artists in 1906. He and his wife, Jane, were frequent visitors to the Channel Island of Sark, where they captured the sun-filled days of summer in their paintings.