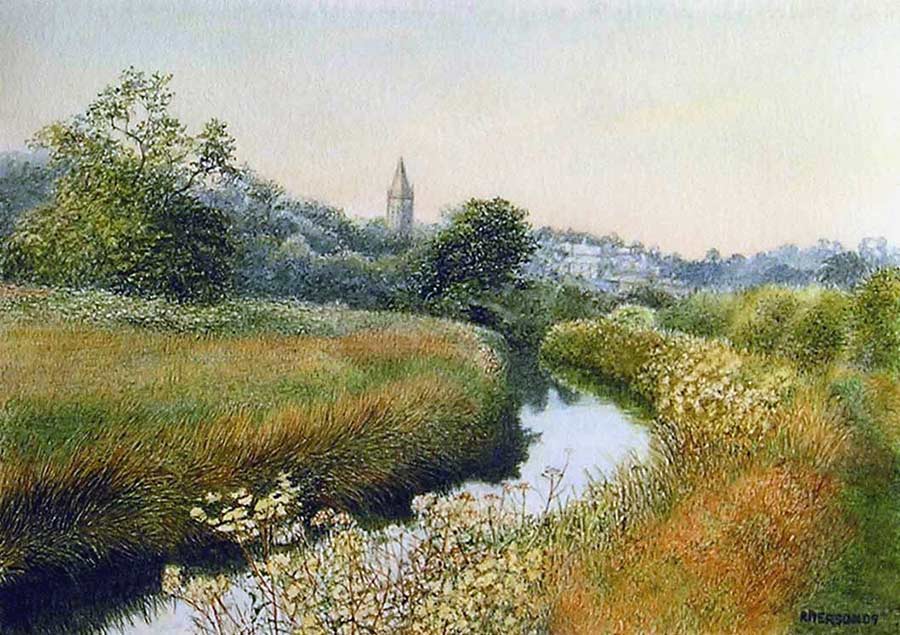 Rosalind Pierson is one of Britain’s most respected and talented painters of miniature watercolours. She has served as President of The Royal Society of Miniature Painters, Sculptors and Gilders, whose sponsor is the Prince of Wales, and achieved the highest accolade in the world for miniature art when she won the prestigious RMS Gold Memorial Bowl. Her first exhibit at The Royal Academy was accepted while she was still a student at the Ruskin School of Drawing and Fine Art in Oxford. Since then, she has continued to exhibit at The Royal Academy and is the winner of gold and silver medals at the Paris Salon. Rosalind is the co-founder and Past-President of The Hilliard Society of Miniaturists. Her work is keenly collected throughout the world, particularly in The United States.

Annual Sale | Contemporary Art | Devon and Dartmoor | Pierson (Rosalind) | Watercolour / Bodycolour
This website uses cookies to improve your experience. We'll assume you're ok with this, but you can opt-out if you wish. Cookie SettingsAcceptRead More
Manage consent