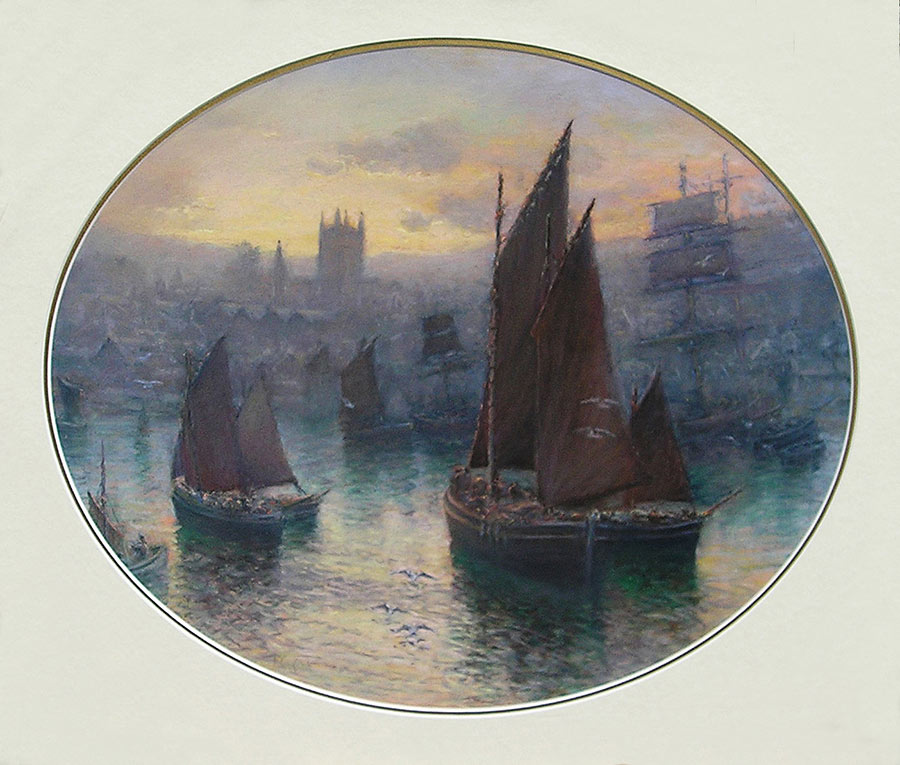 William Cox worked for more than 50 years for Holman Brothers, the celebrated firm of Cornish mining engineers, which was founded in 1801. He was employed as a draughtsman in the Art and Publicity Department at Camborne and, alongside this, he developed a considerable reputation locally as an artist. He named his son William Garstin Cox, after the Newlyn School painter, Norman Garstin. Father and son shared a studio at St. Ives from 1907 and both were tutored by the Lamorna and St. Ives painter, John Noble Barlow (1861 – 1917).

19th and Early 20th Centuries | Annual Sale | Art of Cornwall | Cox (William) | Marine and Coastal | Pastels
This website uses cookies to improve your experience. We'll assume you're ok with this, but you can opt-out if you wish. Cookie SettingsAcceptRead More
Manage consent