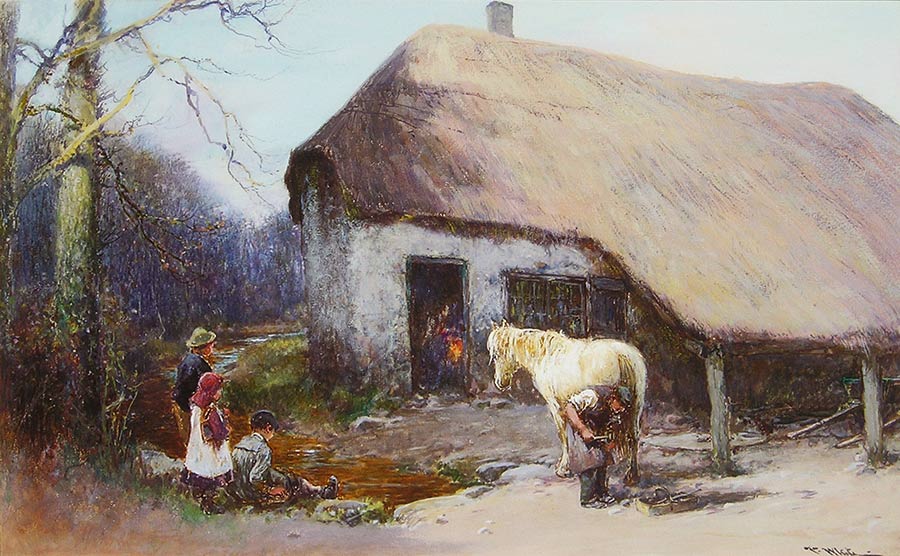 Branscombe Forge was built around 1850 and generations of blacksmiths have shaped red-hot metal into horseshoes, ploughs, fishing hooks, metal tyres and tools. Today, blacksmiths still work there, using the same traditional methods to produce both practical and artistic items, and the forge is believed to be the oldest thatched working forge in Devon.

19th and Early 20th Centuries | Devon and Dartmoor | Watercolour / Bodycolour | White (John)
This website uses cookies to improve your experience. We'll assume you're ok with this, but you can opt-out if you wish. Cookie SettingsAcceptRead More
Manage consent