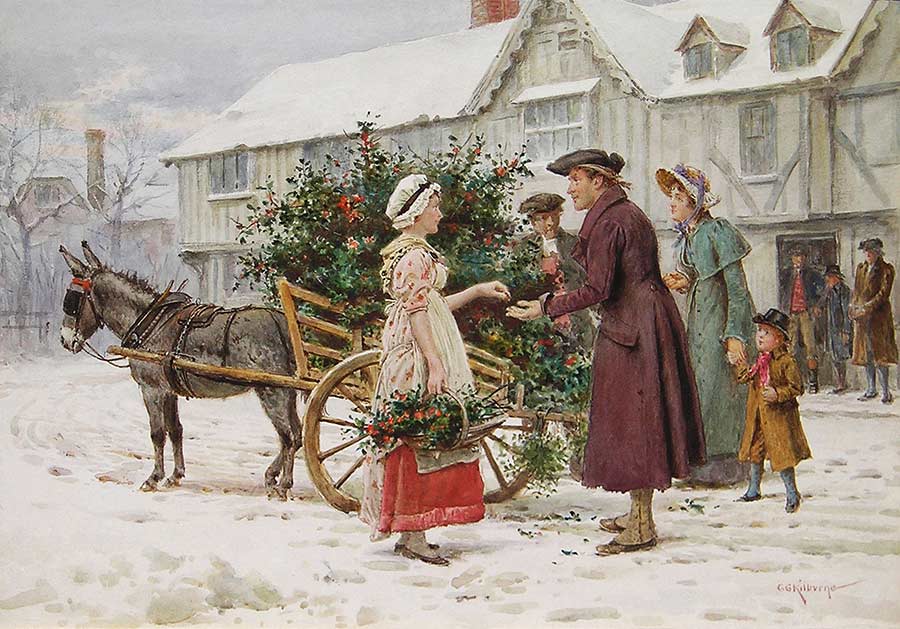 This eminent Victorian watercolourist exhibited at The Royal Academy for more than 50 years and was one of the most sought-after and well-known artists in Britain. He specialised in beautifully observed narrative scenes, enhanced by a sharp attention to detail which he developed during his five-year apprenticeship as a wood engraver. When Napoleon III, Emperor of the Second French Empire and the nephew of Napoleon Bonaparte, died in exile at Chislehurst in Kent in 1873, Kilburne was commissioned by the Empress Eugénie to paint interior scenes of the home she and her husband had occupied. Although he favoured watercolours, Kilburne also worked in oils. He exhibited more than 100 pictures at The Royal Institute of Painters in Watercolours and more than 50 at The Royal Institute of Oil Painters. His work is represented today in many public galleries worldwide.

19th and Early 20th Centuries | Annual Sale | Kilburne (George Goodwin) | Winter Exhibition
This website uses cookies to improve your experience. We'll assume you're ok with this, but you can opt-out if you wish. Cookie SettingsAcceptRead More
Manage consent