The River Dart at Totnes 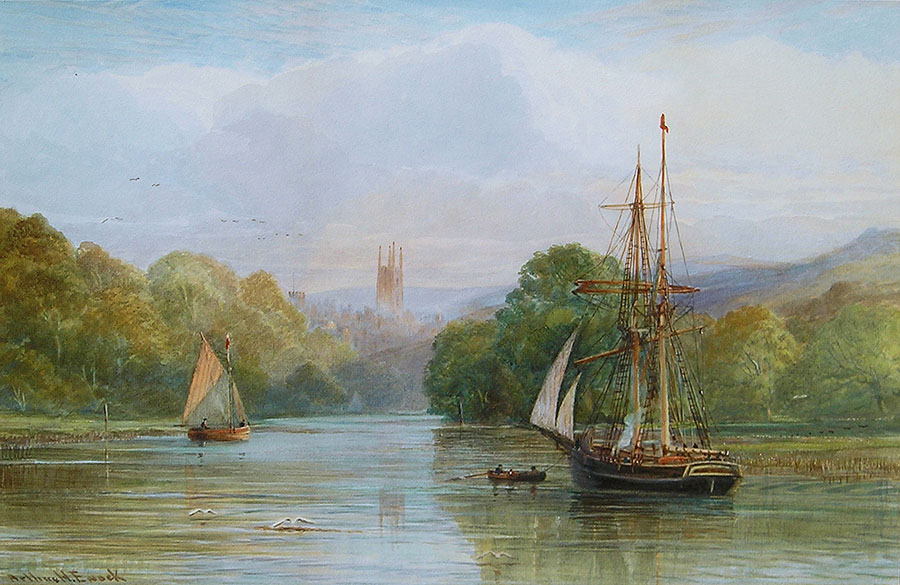 The River Dart at Totnes

Arthur Henry Enock specialised in landscape, coastal, marine and river scenes and was noted for his skilful handling of light and mist. He moved from Birmingham to Devon at the end of the 19th Century and became known as the “Artist of the Dart”, painting the river from its source high on the moor to its entrance to the sea. Over the years, he lived in Dartmouth, Torquay and Newton Abbot and, between 1882 and 1912, exhibited at the principal London and provincial galleries as well as at Elands Art Gallery in Exeter and with members of the Society of South Western Artists.

19th and Early 20th Centuries | Devon and Dartmoor | Enock (Arthur Henry) | Spring Exhibition | Watercolour / Bodycolour
This website uses cookies to improve your experience. We'll assume you're ok with this, but you can opt-out if you wish. Cookie SettingsAcceptRead More
Manage consent