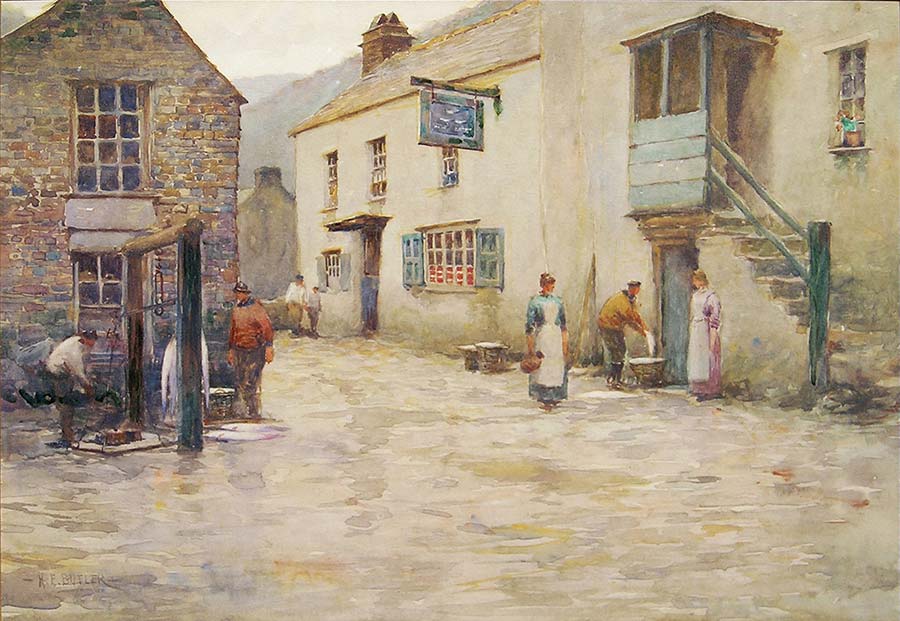 Butler was born in London and trained at The Royal Academy Schools, but his name is synonymous with the Cornish fishing village of Polperro. He moved there in 1902 with an artist friend, Charles Boutwood, and they married sisters, Sophia and Thirza Pond. The artists were inspired by the landscape and rural life of Cornwall and together they established a painting school on Talland Hill, overlooking the town. Butler exhibited several oils at The Royal Academy but is best known for his watercolours. He also exhibited at The Royal Institute of Painters in Watercolours, The Royal Society of British Artists, The Walker Art Gallery in Liverpool and Manchester City Art Gallery.

19th and Early 20th Centuries | Annual Sale | Art of Cornwall | Butler (Herbert Edward) | Watercolour / Bodycolour
This website uses cookies to improve your experience. We'll assume you're ok with this, but you can opt-out if you wish. Cookie SettingsAcceptRead More
Manage consent